Learn fascinating facts about amazing mammals of this world. Have you seen any of them? Share with us your experience in the comments. Tree Kangaroo Facts The term Tree Kangaroo serves as the collective common name for about 12 separate species in the genus Dendrolagus. The uncertainty about the number of member species arises from differences of opinion regarding classification among scientists. All members of this amazing genus have one outstanding trait in common. The various species in […] END_OF_DOCUMENT_TOKEN_TO_BE_REPLACED Bandicoot Facts Firstly, the term Bandicoot collectively serves as the common name given to a group of about 20 species. Scientists collectively place these varying species in the Order Peramelemorphia. Further, all of these particular species evolved as small to medium-sized marsupial omnivores. In addition, each of these 20 separate varieties in the fascinating Order […] END_OF_DOCUMENT_TOKEN_TO_BE_REPLACED 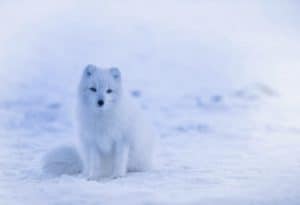 Arctic Fox Facts Firstly, the truly beautiful and amazing Arctic Fox constitutes a small species of fox that evolved as native to the Arctic regions of the Northern Hemisphere. The species is also generally active from early September until early May. It tends to live and breed in complex underground tunnel systems. Further, after mating, […] Northern Hairy-Nosed Wombat Facts Most notably, the IUCN currently lists the Northern Hairy-Nosed Wombat as one of the rarest animals on earth. This extremely remarkable marsupial therefore holds the lamentable status of Critically Endangered. This status currently appears on the organization’s published Red List of Threatened Species. The animal further forms one of only three […] Yunnan Golden Monkey Facts Firstly, the Yunnan Golden Monkey also bears other common names, including the Golden Snub-Nosed Monkey. This alternate name rather understandably derives from the unique flattened shape of the nose. Most notably, researchers believed this breathtaking primate to be extinct until the year 1962. However, at that time, local residents fortunately rediscovered […] Red Wolf Facts The Red Wolf remains considered as the 6th rarest creature on earth and the rarest of all known wolves. The IUCN currently lists this beautiful canid as Critically Endangered. By the year 1980, only 20 individuals remained, all in captivity. As a result of a breeding program, it was subsequently reintroduced into the […]