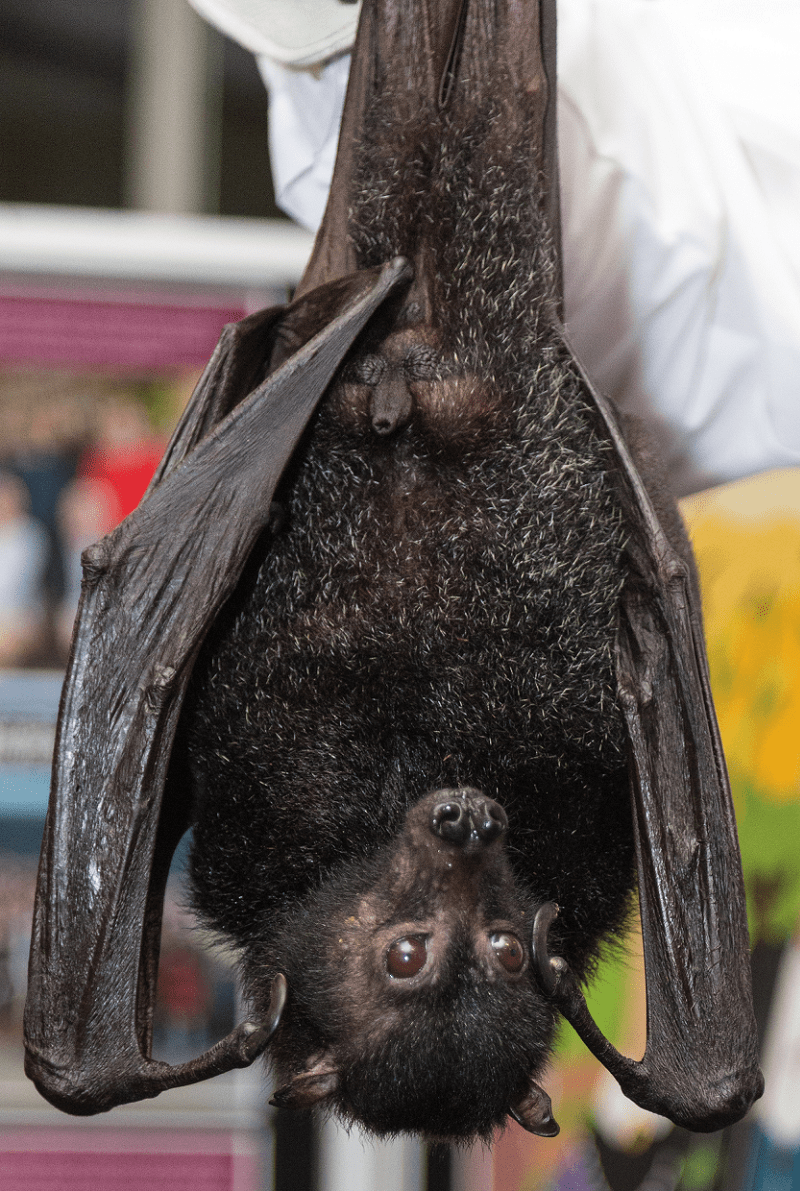 The  Malaysian Flying Fox stands out from related species by virtue of its physical size. The enormous mammal represents one of the largest known species of bat on earth. In point of fact, it develops an impressive average wingspan measuring as much as 5 ft (1.5 m).

Much like many types of mammals, it displays a slight degree of sexual dimorphism. In its case, this presents itself in terms of the nature of its fur. This holds true due to the fact that the fur of the males generally tends to be longer and thicker than that of the female.

This  remarkable animal also attains an astonishing weight for its type of creature. Amazingly, mature adult specimens weigh an average of 2.4 lb (1.2 kg). As a result of this, it sometimes appears slow in flight. Nevertheless, it’s renowned for being highly maneuverable.

In a remarkable coincidence of evolution, the Malaysian Flying Fox also possesses a somewhat fox-like face. This coincidental resemblance serves as the origin of the common name. Much of the large body also has a covering of long, thick fur. This generally displays a reddish-brown color. 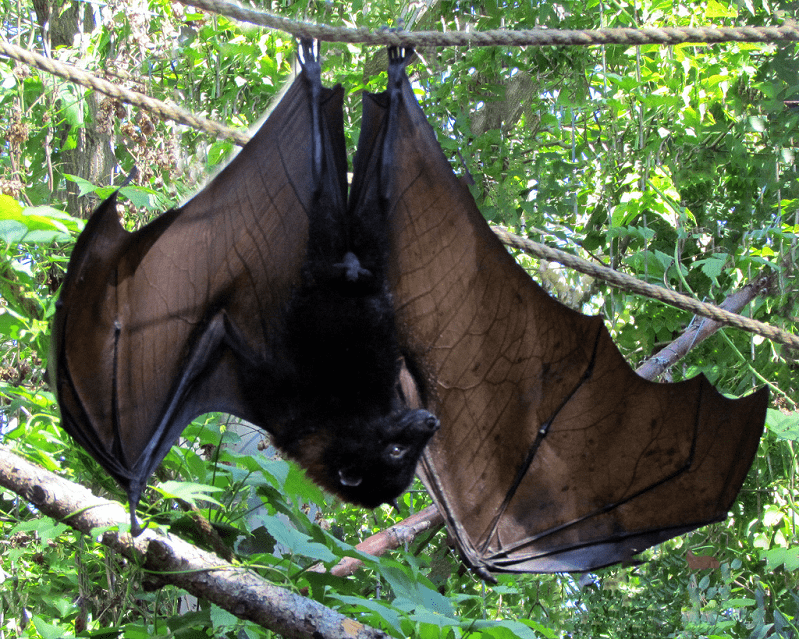 The sincerely amazing Malaysian Flying Fox known habitat range apparently covers a fairly large area of the world. This holds true due to the fact that this extends from the Malay Peninsula to the Philippines, Sumatra, Borneo, Java, and even Timor.

Additionally, it also appears to be comparatively adaptable in its habitat. As a result, it sometimes appears at elevations of as much as 4,490 ft (1,370 m). Furthermore, though it prefers the higher elevations, the mammal also inhabits lower regions when necessary.

Further, in some portions of its habitat range, this magnificent creature even lives in a most unusual range for its type of creature. This holds true since it even appears along coastlines. However, it does show a decided preference for areas further inland.

In point of fact, the marvelous bat most commonly lives in regions such as dense mangrove forest, primary forests, coconut groves, and even large fruit orchards. Also, the groupings in mangrove forest usually remain smaller than those in other areas.

But, the continually surprising Malaysian Flying Fox yet evolved another characteristic that amazes the casual observer. That’s the tendency of the fascinating mammal to often live in extremely large colonies. While many bats do, it takes this to another level.

This mammal comes together in groups perhaps more properly called super-groups. Some of these colonies have been known to number as many as 20,000 individuals. Finally, given its particular feeding habits, it exclusively consumes flowers, nectar, and various fruits.